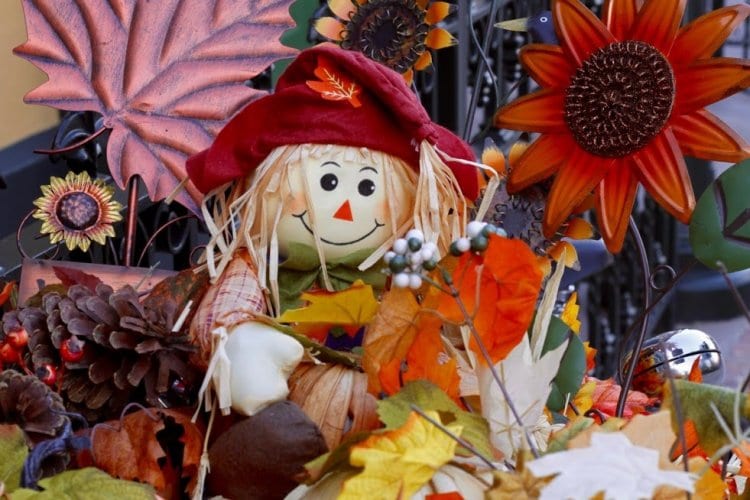 Around 30,000 people are expected to make their way through Newport News Park for the Fall Festival of Folklife according to Shelly Ezanno, an organizer with the city’s parks, recreation and tourism department. One hundred fifty exhibitors showed off their wares and their skills in everything from carpentry and blacksmithing to ceramics and tanning.

The festival is an expression of Virginia’s cultural heritage, Ezanno said, dedicated to old arts and crafts and the people who practiced them.

Many exhibitors were eager to share their trades and allow others to try their hand at these centuries-old pursuits, lest the old folk crafts and culture fade away.

Eustace Conway, the North Carolina man who stars on the History Channel’s “Mountain Men,” demonstrated pioneer skills, working wood next to a Native American-style tepee he had put up and telling people how to make cough syrup out of cherrywood bark.

Conway said folk life is about more than just the crafts and skills — it’s about passing on a culture of personal responsibility and honor.

“The thing about the folk way of life … everything was free, you just had to work for it. You had to have a little knowledge and this was before the Internet,” Conway told a crowd of onlookers both young and old.

He said elders were culturally important in because they were the repositories of all the skills and knowledge necessary to survive, but the folk way of life is in trouble because that system has been disrupted. “The youth don’t need the elders if they can just Google it,” he said.

A welder by trade, Bear Short said he teaches blacksmithing to teenage boys through a scouting program in Chesapeake as a way to mentor them.

“If it’s a hobby of mine and it becomes a hobby of theirs, I’ve got a little inroad there” to influence the young men, he said. Short started learning blacksmithing around a decade ago, when he wanted to learn how welding was done before modern tools and now feels its his responsibility to pass along the craft.

Alneda Clark, that Newport News woman laboring at the loom over the massive flag, said she picked up weaving in art classes at Huntington Middle and Warwick High. An accountant by trade, Clark crafts rag rugs and other weaving projects to decompress.

“It’s addictive,” she laughs. Clark likens weaving to knitting or crocheting, saying it’s rhythmic and relaxing and you can lose yourself in the back-and-forth of the process.

“Weaving’s a dying art that we need to revive. It’s one of those dying arts because it’s time consuming,” she said. To craft the full six-foot by eight-foot flag, Clark will spend about 25 hours at the loom. That’s not counting the hours that she took on lunch breaks and in the evenings over the last few weeks to cut 50 yards of fabric into inch-wide strips that she could weave.

“But it’s something people don’t need to forget,” Clark said.

She was encouraged by the response from festival attendees Saturday who wandered by — a few quilters told Clark they wanted to try out weaving. Clark says she’d ultimately like to see the city offer classes on weaving to help carry on the tradition of crafting things by hand.

“The area does a lot with performing arts. I don’t think we do enough with visual arts,” Clark said.

Since 1972. Newport News’ Fall Festival of Folklife is one of Southeast Virginia’s biggest celebration of traditional crafts, trades and entertainment. From the 200 crafts people selling their wares under a canopy of trees to the acoustic melodies drifting from the Lake Stage, Newport News Regional Park is filled with the sounds, sights and memories that have been carefully passed from generation to generation. The festival includes a craft competition, craft and trade demonstrations, free children’s activities, food vendors and continuous entertainment.

Southeast Virginia’s biggest traditional craft show with over 200 vendors. Enjoy the sounds, sights and memories that have been carefully passed from generation to generation. The festival includes craft and trade demonstrations, children’s activities, food vendors and continuous entertainment on four stages.

$10 parking fee per vehicle; food and beverages for sale. The event is free! The event is held the 1st weekend in October.  To check for dates and time go the the web site https://www.nnva.gov/821/About-the-Festival or Facebook page. I promise you that you will have a wonderful time!