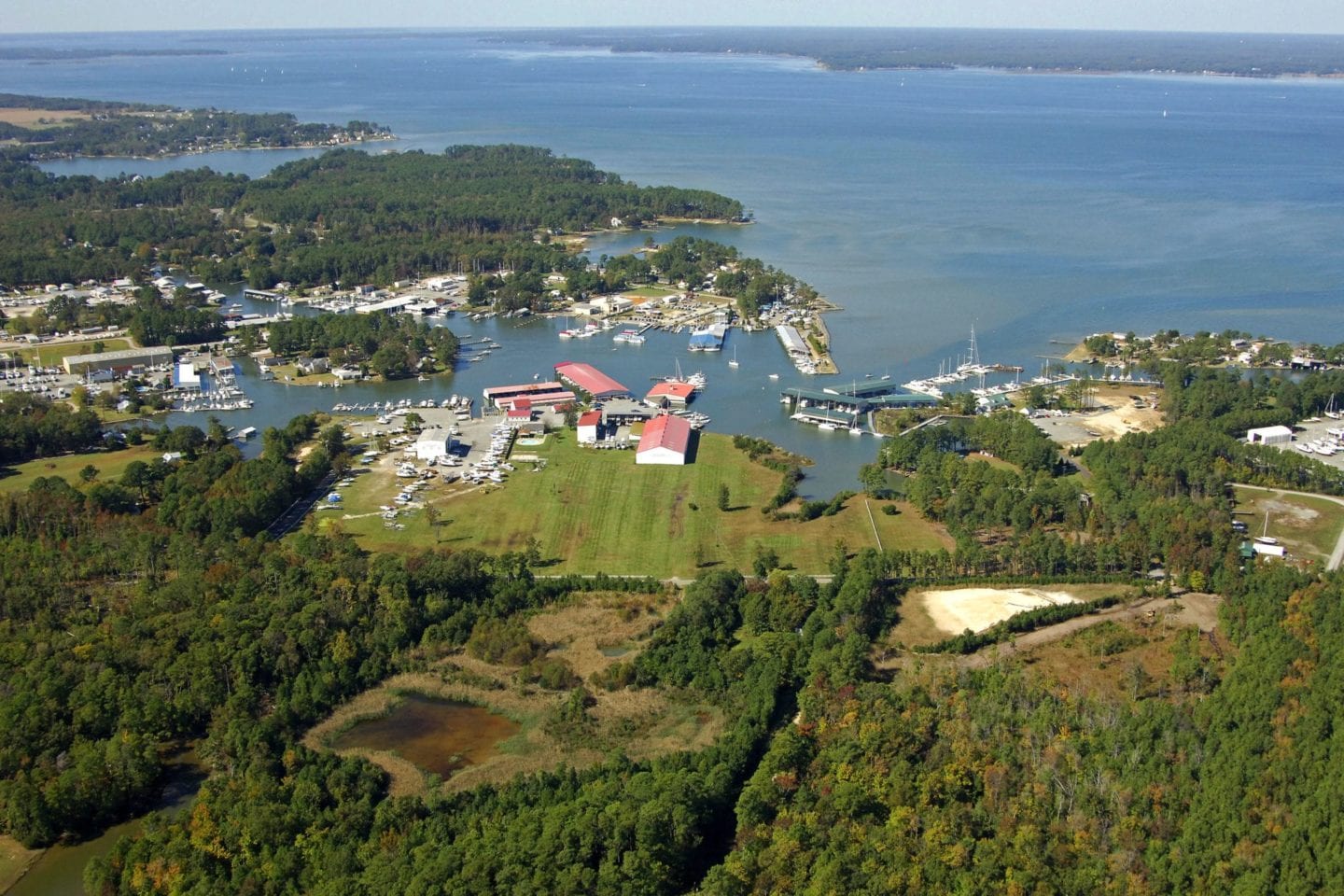 Deltaville is located at the eastern end of the Middle Peninsula. The town is bounded on the north by the Rappahannock River and on the south by the Piankatank River. The Eastern Shore lies 17 miles to the east, across the Chesapeake Bay. Many call the town the “Boating Capital of the Chesapeake Bay.” It is known for being a vacation spot for those looking for sailing, fishing, and other activities associated with the water.

Deltaville has a rich history. The tip end of Deltaville is Stingray Point, named by Captain John Smith on July 17, 1608. According to Captain John Smith’s The General History, “He was stung by a stingray there while exploring the bay. Captain Smith is said to have given orders for his men to dig a grave because he believed himself to be dying from the sting. Walter Russell, a doctor of physics, and also a member of Smith’s crew, applied a “precious oil” to Smith’s wound. The Captain recovered sufficiently to eat the stingray for his dinner that evening.

The Deltaville Maritime Museum and Holly Point Park was established in 2003 by a group of local volunteers. The museum and park flourished and rapidly became a center of activity in lower Middlesex County. In 2012, fire destroyed the existing museum and events pavilion. Through a combination efforts, the museum and events pavilion were totally rebuilt in their current configuration. The new events pavilion opened in 2013 and has become an active venue for our events and facility rentals. The museum, built in the style of Deltaville’s old Stingray Point Hotel (also known as the Old Red Barn), opened in 2014 with John M. Barber’s very popular exhibition “Chesapeake – 50 Years of Maritime Art”.

In addition to beautiful coastline, and boating life-Deltaville also boasts a number of great  restaurants.

The Table at Wilton is located in the heart of Deltaville, Virginia. They serve breakfast, lunch and dinner with the freshest ingredients. You can also order catering. The crab cakes are wonderful. Make sure you check out this hidden gem if you are in the area- you won’t regret it!

Cafe By The Bay is a cute coffee and sandwich shop with a friendly atmosphere and a lot of great choices. Stop by for breakfast or lunch, and enjoy their great sandwiches or gourmet coffees.

There are so many reasons to love the town of Deltaville. For more information on Deltaville, visit Deltavilleva.com