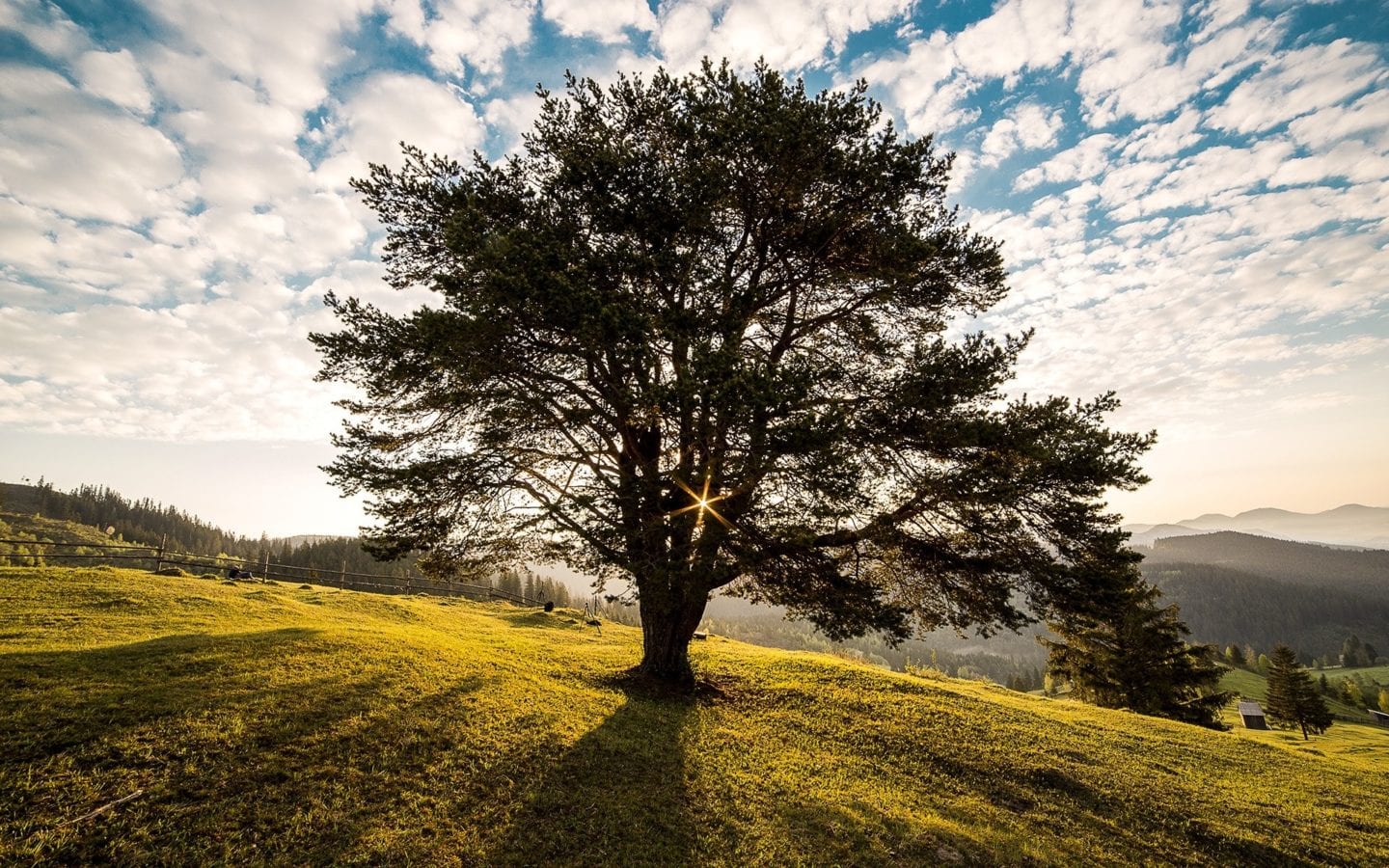 When you drive in Virginia you will notice how green the state is and all the lovely flowering plans, flowers and trees the state has. Virginia is a colorful state to say the lease with a carpet of green grass and the abundance of color!

Virginia’s native plants range from ubiquitous species found statewide, Chestnut Oak (Quercus montana), Red Oak (Quercus rubra), Virginia Creeper (Parthenocissus quinquefolia) or Common Wood Sorrel (Oxalis stricta)] to some plants that are found only in a few counties! Virginia has five geographic regions or physiographic provinces. Each of these regions has distinctive geology with a variety of soil types, temperature ranges, precipitation amounts, and soil moisture levels. Some native plants are restricted to a certain region while others can thrive in all the regions. Some plants are adapted to live in brackish or salty water, thus will only be found in the coastal plain and would never thrive in the Appalachian plateau. Even more, rainfall and temperature can vary across a geographic region, leading to a diversity of plants in areas.

Then there is the Yorktown Onion which grows wild and only along the Colonial Parkway.  This is a protective species.  The Yorktown onion is not native to this country, but came from the Old World. The scientific name of both our plants and those of the Old World is Allium Ampeloprasum. Allium is Latin for garlic, while Alpeloprasum means “leek of the vineyard”. Though the plant is always referred to as the Yorktown Onion in the area, there are several other common names. In print it has been called Wild Onion, Giant Wild Garlic, and Wild Leek.

In Virginia, we have some unique and irreplaceable species.

Virginia Round Leaf Birch, Betula lenta var. Uber, is a small tree with a wild population found only in ONE county in Virginia (Smyth). There is some disagreement among scientists if it is a variety of a species or a species in its own right.   The Mattaponi Quillwort, or Isoetes mattaponica, is endemic to just four counties in the coastal plain region in shallow, intertidal zones. Quillworts are a type of vascular plant that reproduce with spores, have long narrow leaves, and are adapted for wetland areas.  Saltmarsh Rush, Juncus gerardii, is a speciesthat is found in coastal areas, but then in a rare, inland marsh in the Valley and Ridge province. This plant evolved to live in brackish (slightly salty) water. Why is it found on the coast and then in one county in the Valley and Ridge? Due to salt deposits left in this mountains from the Mississippian subperiod of the Carboniferous period! Peter’s Mountain Mallow (Iliamna corei), state and federal endangered, is found on one mountain in Giles County! Efforts to conserve and protect this species have been made through the purchase of the Narrows Preserve by the Nature Conservancy of Virginia, a non‐profit organization, and with the assistance of scientists and conservationists who study current populations and restore habitat critical to this plant’s survival.

This region covers 21% of the state, only 15% of which is forested. Loblolly Pine (Pinus taeda) is the dominant species in these forests today with the outer coastal plain containing pine or pine/hardwood forest. In the bottomland swamps along rivers, Bald Cypress (Taxodium distichum) and species of Tupelo (Nyssa spp.) are the dominant plants.   It is difficult to determine what the dominant plant species were in the coastal plain’s upland forests as human use has altered the region significantly. The Coastal Plain also has the largest amount of wetlands from freshwater habitats to brackish areas and salt marshes. Many of the plant species are well adapted for the marshy environments.

The Piedmont region covers the majority of Virginia. The deciduous hardwood forests (60% of the province) also include some Loblolly Pines (Pinus taeda) and other pines. With a high human population density, this area has been severely altered by humans. In areas that have been allowed to return to forest (successional forests), common native plants include Virginia Pine (Pinus virginiana) and Tulip Poplar (Liriodendron tulipifera). In more mature forests, White Oaks, Hickories, and Maples dominate. When compared to other regions of Virginia, the Piedmont has lower diversity due to its lack of variation in topography (as in more western region) and wetland habitats (as in the Coastal Plain to the east). This region is home to a few rare species such as the Piedmont Fameflower (Phermeranthus piedmonanus) and Piedmont Quillwort (Isoetes piedmontana) which has only been found in one county (Powhatan) with only one population!

The Blue Ridge province covers about 11% of the state with roughly 75% of the region forested. The deciduous hardwood forests of this region are dominated by Red and White Oaks. In the southern section of this province, Yellow Buckeye (Aesculus flava), Fraser Magnolia (Magnolia fraseri), and Spruce (Picea spp.) species join the community. In the northern section, the Oaks are accompanied by Yellow Birch (Betula allegheniensis) and Northern Red Oak (Q. rubra).

The Valley and Ridge province covers about 25% of Virginia’s land area with 60% of the region in forest. The forests are dominated by a mixture of Oak species [Chestnut oak (Quercus montana), Scarlet Oak (Q. coccinea), Black oak (Q. velutina), White oak (Q. alba)] with a smattering of Fire Tolerant Pines.  An interesting section of this region is the shale barrens with less fertile soil, creating plants that are evolved for this nutrient poor soil. The Salt Marsh Bulrush (Bolboschoenus robustus), common on the coastal plain, is found in only one county in this region and is able to survive in this area due to basins that were flooded by groundwater from Mississippian salt deposits.

Our westernmost region, the Appalachian plateau, is composed of steep mountains and low valleys. The elevation of most of the area is above 1200 m (or 4000 feet). The geology consists of sedimentary rocks, including coal. The majority of this area is forested (80%) with Oak and Oak‐Hickory dominating the forests.  In the Allegheny section of the plateau, Highland County is home to many species endemic to just the county Drooping WoodReed (Cinna latifolia) and Bog Goldenrod (Solidago uliginosa). The Cumberland section of the plateau holds more acidic soil and thus, acidic forests of Oak and Heath plants. Chestnut Oaks, Mountain Laurels, and various Blueberry species dominate these forests.

In recent years, there has been much research focused on native plants and their influence on healthy functioning ecosystems. Interest in planting natives has increased in Virginia and around the country. Why natives? Native plants are often better suited for an area than non- natives; they are adapted for the different habitats and regions, and require less watering and care once established in a garden or wild area. As part of an ecosystem, native plants are essential food resources to native organisms such as small flies, larger bumblebees, butterflies and moths, to the consumers of these creatures and on to the next trophic level. For example, the native Redbud tree (Cercis canadensis), blooms in early spring, provides nectar and pollen to native bees and other pollinators. Squirrels, bobwhite quail and songbirds eat the seeds during the summer.

previousSpring Has Sprung: What are Folks Doing?

Have you ever heard of an Island off the coast of Virginia called Tangier? This wonderful piece of history is only a boat ride away. It is a shame that the state of Virginia, the...
Read more
January 27, 2020

So you want to Buy New Construction? Important Facts for you to consider!

You are thinking about buying new construction. A few simple facts to consider where you are buying from a builder or you are doing a custom built home, it is not as easy as it...
Read more